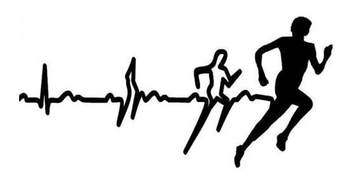 The trip ended up being within the country, fortunately, so I didn’t have to pay for an outrageously expensive ticket to a country whose name I couldn’t even pronounce. To prepare for the trip, I began to delve into the very interesting field of survival in uninhabited regions and watched Bear Grylls eat worms like my life depended on it; after all it was better to be safe than sorry. I filled my backpack with flashlights, compasses, fruit snacks, a lighter, a tent…you get the idea. Note the use of plurals; I clearly did not want to take any risks.

Delaney stayed with me throughout the process of my ‘preparation’, occasionally glancing at me weirdly, probably surprised at how seriously I was taking this. And as always we communicated without words because Delaney believed that words weren’t to be wasted on the obvious. She quirked her eyebrows at me once I was done and gave me the ‘What is wrong with you?’ look. I ignored her.

I set a date for the trek making sure the weather would be bearable and also did some research on the trail itself to validate its existence. I gathered enough evidence to prove that all the people who had tried it out had come back alive, which helped me sleep peacefully at night.
I was going to do this no matter what. I had to. I finally realized how much I wanted to prove to myself that I was capable of doing something that seemed run-of-the-mill to everyone else.

It was the day of the trek. It was a two-day trip up a hill to a little town that was famous for its gorgeous view of the ocean. Apparently, the trail was less rugged than most trekking trails, making it perfect for the particularly fragile people in the world. Delaney, who planned the whole journey to the trail itself, dropped me off at its starting point which was at the base of the hill and helped me with my ‘luggage’. After checking to see if I had everything, I looked at Delaney expectantly, waiting for her to say something. Delaney had a sincerely worried look on her face, which added to my misery, because I started freaking out the second I stepped out of the car and now she was looking at me all teary-eyed, as if I were a soldier going into war.

I gave her a warm hug that emanated reassurance and told her that this wouldn’t be the last time I’d be seeing her (though I wasn’t quite sure myself). We said our emotional goodbyes and then slowly walked away from each other dramatically, maintaining eye contact the entire time. Until my back hit a tree!

When I was done yelling at the tree, I turned back to find Delaney gone. Friendship goals, right?

I looked at the long sandy road ahead of me and contemplated continuing. I was now the one reciting motivational chants to myself: “Come on Cari, you can do this. After all, what’s the worst that could happen?”

The first two hours of my trek uphill were positively pleasant. I could hear the birds chirping away in the trees, and though they didn’t always sound melodious, their song comforted me and willed me to keep going.

I realised that I had over-prepared when my back started hurting from carrying such a huge backpack. I decided to sit down for a while to get rid of anything that was unnecessary, which turned out to be most of my backpack, and then hid the items under a pile of leaves below a particularly odd-looking tree. I then took a picture of the tree for future reference (whenever that was supposed to be). Amazed at my brilliance, I resumed my strenuous expedition, now pumped up with a boost of confidence. My back had a smaller load to carry now, so I felt a lot more energized than before and was nowofficially ready for the trek.

An hour later, I had covered quite a bit of ground and was closer and closer to reaching my target. Thankfully, the hill wasn’t steep. The scenery was as mesmerizing as ever and I finally realised why people loved doing this. The serene atmosphere was almost enchanting and I felt like I was in a fairy-tale. Everything looked so magical, and I didn’t look at my phone once after taking that picture, which was quite the accomplishment for me. I could really see this becoming a success, and I relished the feeling.

A little while later though, things started going downhill (pun intended). It all began when I felt a drop of water land on my forehead. Let me remind you that I checked the weather forecast from a very reliable source before I decided on the date, so when I felt that cold prick of water I was undeniably shocked. That droplet was the onset of a downpour. Luckily, I left an umbrella in my bag when I was downsizing on my belongings because I thought it would be useful for things other than the rain, which I most definitely wasn’t expecting. I stood undecided under the protection of my umbrella, as those negative thoughts sneaked into my head again and made me wonder whether I should turn back or keep going. I had planned to spend the night in a little lodge not too far from where I was, so I decided to trudge on, knowing how pointless it would be to go back now.

Miserable and cold, I continued my trek upwards, all the while undergoing an internal conflict as to the reason behind my pathetic condition and how I could have prevented it. I did not have to do this, and yet I did! For ridiculous reasons as well! Grumbling to myself, and nearly in tears, I kept moving, grateful only for the sunlight that showed me where I was going. It became harder and harder to move in the mushy, puddle-filled soil, but I didn’t stop for a second. I kept my eyes on the prize, which was hopefully going to be a warm, cosy bed and a safe ride back home.

Suddenly, in the distance, I saw what appeared to be an expanse of dark red through the foliage. Curious as to what it could be, I kept moving closer until I realised it was a brick wall half a mile away. I couldn’t contain myself, I literally screamed for joy! I was jumping up and down, running all over the place until I was out of breath and had to calm down. I was already thinking about what I was going to say to the people in the inn… picturing myself getting a well-deserved spa treatment and a long luxury nap. I couldn’t wait to get back home! I completely forgot about the whole trek and all the discouraging voices in my head had now turned into whispers. I ran as fast as I could (which wasn’t much) to the inn and was so close to reaching that wall…when I suddenly slipped and fell.

And then I was tumbling down the slope of the hill like Jack and Jill, unable to stop because of the slippery ground. When I finally did stop rolling, it was because my now disfigured umbrella, which I was still holding on to, had gotten stuck on a rock. I was basically hanging on to this umbrella for my life. I always knew this umbrella had a greater purpose! As I slowly tried to pull myself up, I realized my feet were floating on air. What was going on? Were they too numb for me to feel them? Did I break them? I was in a very compromising position, where I was facing my umbrella while I was suspended along the side of the hill. So I couldn’t really see the rest of my body as I hung there helplessly, trying to find out what was wrong. A picture of a cliff suddenly popped into my head, and I instantly recognized it. It was the cliff behind the lodge, that overlooked the ocean.

And then I realized.

I was dangling over the edge of an eighty-feet tall cliff.