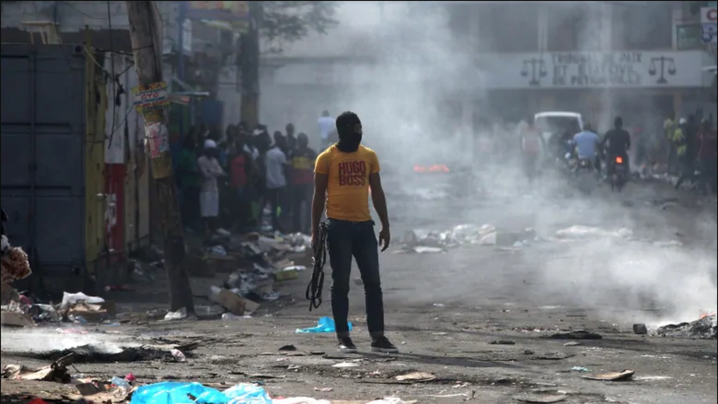 
For over eleven days, Haiti has been mired in a social and political crisis. Across the country, thousands of Haitians have taken to the streets to demand the resignation of the country’s president, Jovenel Moise; citizens have also been calling for proper investigation of the corruption surrounding the Petrocaribe oil program, in which over $2 billion meant to fund the country’s economic growth “disappeared”, most likely into the pockets of unscrupulous government officials. The nation’s capital, Port-au-Prince, has been the site of the largest and longest demonstrations.


Members of law enforcement have met these demonstrations with tear gas and gunfire, which has led to the deaths of several citizens and the injuries of many others. However, the tangible consequences of these demonstrations have gone beyond these aforementioned horrors. Civilians have been hit hard due to blocked roads that have cut off access to many of the basic necessities of life. Private residents have been unable to acquire clean and safe water, purchase the food products whose prices have skyrocketed, nor find open gas stations that supply fuel. Hospitals have witnessed the fleeing of their patients, and worse, the infeasibility of medically treating the remaining patients. Moreover, the chaos has allowed for crimes to increase.


The nature of the Haitian government’s responses have changed since the earlier days of the protests. On February 15th, President Jovenel Moise stated he would not “betray” his country by stepping down from his position. He also requested that the population negotiate using peaceful methods. As the protests failed to come to an end, however, a televised address to the nation was made on February 17th. Prime Minister Jean Ceant outlined a nine-point plan, that was arguably much more detailed than what was given by the President a few weeks prior. The plan encompassed the creation of restrictions on government expenses and an attempt to raise the minimum wage. The government also vowed to conduct investigations into the Petrocaribe scandal. Unfortunately, these are mere phrases of hope, not action––it is unclear as to whether these reforms will truly be made.


In recent days, the government of Canada published an official statement warning citizens not to travel to Haiti. Currently, there are at least 24 missionaries and nurses who are still stranded in the midst of danger and uncertainty. Still, many Canadians who were previously trapped inside the country by the conflict have been rescued and safely returned home.


Haiti is a country in dire need of much development; it belongs to the bracket of countries with the lowest nominal GDPs in the world, has one of the highest perceptions of corruption according to the Corruption Perception Index, and scores extremely low on the Human Development Index’s indicators. The ongoing conflict between the general population and those aligned with the government will serve to exacerbate the existing problems that plague the people of the country––namely, that of poverty. Furthermore, the conflict will hinder Haiti’s ability to recover from the 2010 earthquake that devastated the nation, and, to a greater degree, make it more difficult for the nation to undergo sustainable development.


The international community has a duty to not become complacent towards the situation in Haiti and turn a blind eye to the appalling conditions under which Haitians are forced to survive. It is imperative that countries emphasize to leading government officials the importance of utilizing diplomacy––not coercion and force––when engaging with their citizens. Government authorities must also act on reforms concerning economic development and government functions.

​
At the end of the day, each and every citizen of Haiti is a dignified individual who deserves to exercise his or her fundamental rights, and the only way to ensure the barriers to accessing those rights are removed is for the world itself to be involved in breaking down the barriers.