Halloween, a night to remember the dead 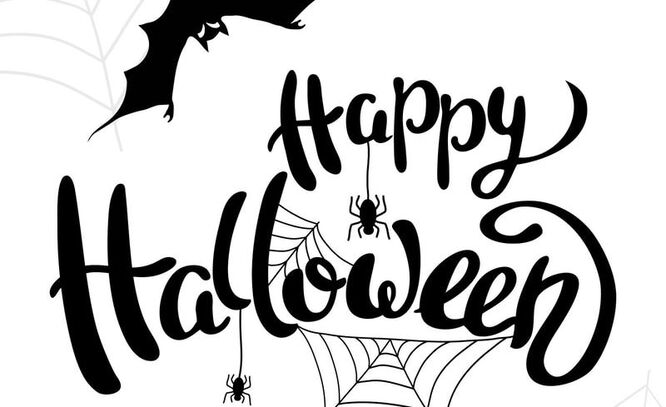 What Is Halloween And Where Did It Come From?
Halloween is an annual holiday celebrated all over the world on 31stOctober. Halloween is a fusion of an ancient Celtic celebration Samahain, pronounced sow-in, and two Roman festivals. Halloween is mainly celebrated to remember the people who died. Like saints, deities, martyrs and all the faithful people one had known.
The ancient Celtic festival, Samahain dates back about 2000 years. The Celtic people marked November 1 as their new year because it was the end of summer and the beginning of the cold, sad winter. In some ways this is associated with the death of people. They believed that the day before the new year the line between the dead and the alive became blurred, and the dead came to the land of the living. This helped the Celtic priests to make predictions about the future. For people who depended on prophecies and fortune-telling, this was a really important source.

Costumes…where did this idea come from?
To celebrate the event, Druids, also known as Celtic priests, lit huge bonfires. The Celtic burned crops and sacrificed animals to pay respect to the Celtic deities. They also wore costumes, like heads and skins of animals. This is where the idea of wearing costumes came from.

Halloween Traditions
Halloween traditions are an integral part of this holiday...but where did they come from?

Apple Bobbing
Apple bobbing, a fun game played at almost every Halloween party, came from a Roman festival. Since the Celtic people were under the rule of Roman Empire, a few Roman festivals combined with the Celtic festivals. The Romans had a festival to honor and pay respect to their goddess of fruits and trees called Pomona. The symbol of Pomona was an apple. This festival got infused with the Samahain of the Celtic people. This could be the reason as to why apple bobbing is such a famous game to play at every Halloween party.

Trick or Treat!
Trick or treat is another famous tradition. As the ideas of Halloween came to America, a new trend originated on Halloween night. People, mostly beggars, used to go around houses dressed up as something spooky and ask for food or money. The beggars were given something called soul cakes which are small, round, cookie-like cakes. Centuries later, this turned into kids going around houses and asking for candy.

Carving Jack O’Lanterns
Back in the day people used to carve scary faces into turnips, potatoes, and beet. They used to place these carved vegetables on their windows to scare away ghosts. This tradition came from an Irish myth which goes like this: A boy named Stingy Jack invited the Devil to have a drink with him. True to his name, Jack didn’t want to pay for his drink; so, he asked the Devil to turn himself into a coin. Jack however didn’t pay for the drink with the coin instead placed the coin in his pocket beside a silver cross so that the devil could not go back to its original form. Jack eventually freed the Devil under the condition that he would not bother him for a year and if Jack died than he the devil cannot take his soul. Jack again tricked the devil by making him climb a tree to pick a fruit. Once the devil was on the tree Jack carved a cross on the tree so once again, he could not leave. Jack finally freed him under the condition that he would not bother Jack for another 10 years. Soon after Jack died, God obviously did not allow Jack into heaven and the devil keeping his promise did not claim his soul and sent Jack off only with a burning coal to light his way. Jack placed the coal in a carved turnip and has been roaming earth ever since then.
People referred to Jack’s ghost as “Jack O’Lantern.” In Ireland people carved scary faces into turnips to scare away Jack’s spirit. They soon found a vegetable perfect to curve — pumpkins, which are native to America.

Halloween Legends
Halloween legends: the myths and scary stories we tell while sitting around a fire with family or friends. This iconic tradition is what makes Halloween such a unique festival! A few Halloween scary stories or legends are:

Bloody Mary
Bloody Mary is my personal favourite. It is about chanting “Bloody Mary” three times in front of a mirror at 3 am at night while holding a candle in a dark room. This summons an evil spirit. No one really knows who this spirit is, but some say this spirit is Queen Mary I, daughter of King Henry VIII. Others say that the spirit is a woman named Mary Worth who died in a horrible car crash. Nevertheless, when this spirit appears in the mirror, she will claw your eyes out or drag you in the mirror; you will never be seen again.

The Babysitter Legend
This legend tells us about a babysitter who was hired by a couple to take care of their children while they went out for the night. The teenage girl put the kids to sleep and went downstairs and watched TV. Suddenly a phone call startled the drowsy teen. She picked it up and it was a panting man saying something along the line “I’m coming to get you”. Although she was scared, she dismissed it as a prank. But she got another call, picked it was the same man telling her that he is closer. Scared beyond belief (I wound not blame her) she called up the police. Even they thought that it is a prank but said that they will track the number and told her to stay on the call longer the next time he calls. The third time the calls up and say that he is there and will get, scared to death she hung up the call. She was about to get the children and run but got another call. This time it was the police — they told her to escape because the man was actually there all along, calling from upstairs!. She ran from the house just as the police came. The psycho escaped but there was a bloody axe lying beside the kids, dead kids.

​Halloween Parties Today
Halloween parties today consist of people of all ages dressing up, telling scary stories while sitting around a bonfire, people pranking their friends. Apple bobbing, children knocking on doors and as soon as you open it them saying “TRICK OR TREAT!” in an excited manner most of the time expecting treats but they do receive tricks from one of those exceptionally grumpy people once in a while. Thanks to the richly interwoven Celtic and Roman culture, we get an amazing holiday to go around looking as scary and as funny as we can.
Works cited