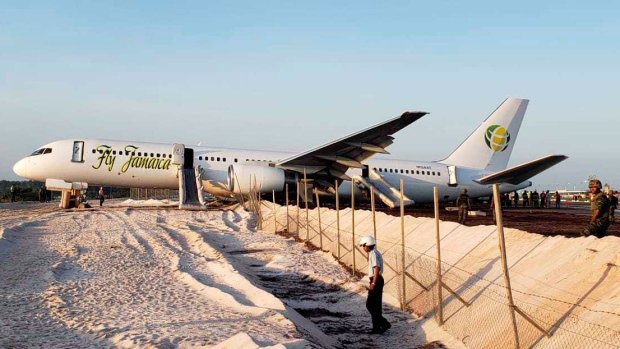 On November 16, a Jamaican flight crashed in Guyana. Fortunately, the Canadian passengers aboard were able to get home. Most of them, however, were upset about what happened after the accident.
Passengers who landed in Toronto on Friday morning claimed they were missing belongings such as cash, jewelry, and pieces of luggage. According to newest interview from a police officer, eight firefighters were arrested because they stole items from the passengers.
“They stole everything from me. My wedding band, they stole my tablet, my grandson’s phone, my phone, my gold and diamond chain. They stole my underwear,” said one woman who accepted an interview from CTV Toronto at the Toronto Pearson International Airport.
There were 82 Canadian citizens among 128 passengers on the flight OJ256. The plane took off from Cheddi Jagan International Airport in Guyana and experienced hydraulic issues. As a result, the plane overshot the runway and crashed into a fence when it returned for an emergency landing.
“There was an object from overhead that flew into my head and my neck,” the police officer explained, as the crash happened he saw some piece of luggage with cash, jewelry and seven bottles of liquor stolen were stolen from passengers.
According to Guyanese officials, the U.S. National Transportation Safety Board is conducting an investigation into the crash.

As mindful citizens, we should not be stealing belongings from others. Moreover, these firefighters stole passengers’ belongings as the airplane crashed. As firefighters, they have the responsibility of securing and rescuing the victims. They should not be stealing items. Society needs more righteousness, and if everybody does their own duty, the world will be full of less crime.