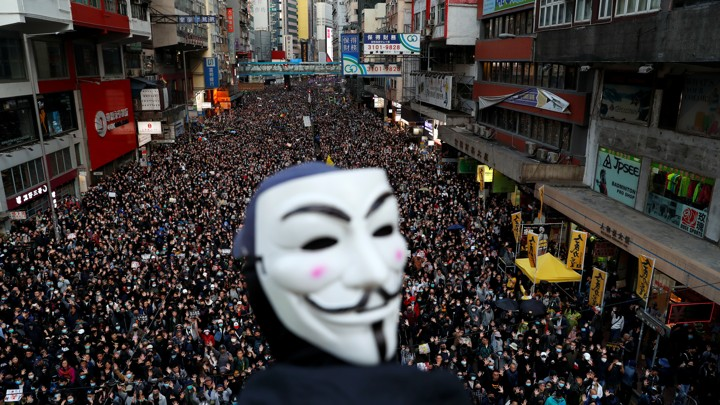 In Hong Kong, the first day of the new decade was marked by marches, tear gas, and hundreds of arrests. All of this was a continuation of the elements characterizing the unrest that had plagued the island for nearly seven months. The unrest had brought many casualties, triggered resentment, and it had fostered a pervading atmosphere of instability. Yet they had not weakened the protesters’ resolve to lead the “fight for democracy”.

The protests began in earnest on June 9th, 2019, in response to the government’s forwarding of a bill that would have allowed for the extradition of Hong Kong citizens to China. Many were convinced, and afraid, that Beijing would capitalize on the law to punish political dissidents in the semi-autonomous region. The demonstration taking place on the 9th — which involved approximately one million people — was peaceful. But violence erupted in protests following, when the city’s police forces used tear gas, rubber bullets and the like in their confrontations with protesters, and crowds met the police with petrol bombs and physical attacks.

In September, Carrie Lam, the Chief Executive of Hong Kong, declared the formal withdrawal of the bill. The protests did not cease, however, and what was initially a public outcry against one bill grew into a movement for larger democratic principles. Protesters maintained their ‘five demands’, which include removing the label “riot” used to describe the protests, granting amnesty to arrested protesters, investigation of police brutality, and universal suffrage. Thus far, withdrawing the extradition bill is the only demand that has been met by the government. Hong Kongers have continued to take to the streets.

Much of the West has thrown support behind the protesters’ cause. Cities such as London and Sydney have been the sites of pro-Hong Kong demonstrations, while governments have called upon China to “respect the one country, two systems” policy. However, as warned by the South China Morning Post, the close watch kept by the international community may do more harm than good. China’s desire to safeguard its image as capable of standing their ground in the face of pressure may bring Beijing a step closer to cracking down on protesters.

There has not yet been a direct response to the protests by mainland China. Beijing has, however, promised its authorities will do whatever it takes to protect “‘national security’”, and that, if the situation warrants, the People’s Liberation Army will be deployed. China has stayed true to her words — as can be observed by the additional PLA troops that were stationed in Hong Kong last September. Chinese authorities have also denounced outside support for Hong Kongers.

The prolonged conflict between civilians and the police has taken a toll on the economy, along with the island’s reputation as “Asia’s World City”. Media outlets cite that, prior to the protests, the city’s state of affairs had already been going downhill. Both politically and socially, and even with respect to Hong Kongers’ reception of their Chief Executive, Hong Kong was not faring well, and the protests only exacerbated such troubles.

What does the future hold for Hong Kong? At the moment, this is a question that remains unanswered. But what we do know at present is the significance of the events that continue to unfold. This is a contest of global powers with two drastically differing ideologies, and there can only be one winner. ​