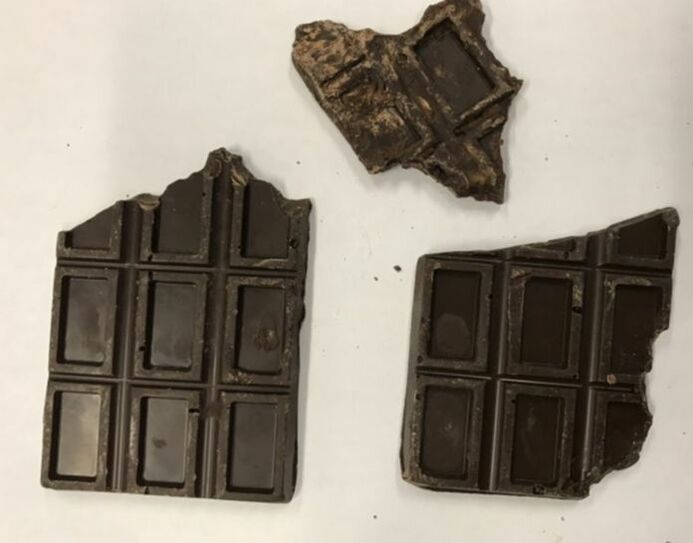 Image source: Police, Brandon. “This Afternoon, Members Were Called to Assist BFES Ambulance with a 5 Year-Old & 2 Y.o. Who Ate an Edible Cannabis Chocolate Bar. Easy to See Why a Child Would Think This Is a Regular Chocolate Bar. This Is Not for Children, so Please Keep It Safely Stored!! #Bdnmb #Notforkids Pic.twitter.com/MB7yhQI7C8.” Twitter, Twitter, 2 Feb. 2019, twitter.com/BrandonPolice/status/1091841909356707841.
Written by Danielle Chan


It has been 4 months since the federal government legalized Cannabis for recreational use in Canada on October 17th, 2018. Being the second country after Uruguay to enact legalization, Canada went through supply shortages due to the high demands that naturally followed. Although recreational marijuana has been legalized, cannabis edibles have not been legalized yet. Health Canada notes that such edible products will be legal “no later than October 17, 2019”. According to the government’s backgrounder notes, published on June 20th, 2018, “products, such as edibles, will be permitted for legal sale within one year following the coming into force of the Cannabis Act.”


Cannabis edibles are known for the dangers it presents to children, as these edibles are products that look like candy and little kids can't usually tell the difference between edibles and the junk food they typically consume. Since cannabis was partially legalized in Canada, there has been several reported cases of children ending up in hospital after consuming cannabis products. One example is of an incident that happened back in December 2018, where a child brought his parent’s cannabis-infused cookies to an elementary school in Oshawa, Ontario.


It was recently on February 2nd, that two Manitoba kids—aged five and two, were taken to the hospital after consuming an edible cannabis-infused chocolate bar. Stated by CBC News, the two of the single mom’s children had woken up at around 9 a.m. She said she had woken up earlier, but fell asleep again after bringing her third child into bed with her earlier in the morning. Later, she heard noise elsewhere in the home, got up,  and discovered what had happened. Her son had taken the “chocolate bar” from the kitchen cupboard above the stove where the edibles, along with other medication such as antidepressants and antibiotics, were kept, and shared it with his sister. CBC News also mentioned that the single mom had edibles in her home because they “helped with her post-traumatic stress disorder.” It can be easily seen why a child would have mistaken an edible cannabis chocolate bar for a regular chocolate bar.


According to Dr. Bhaskar Gopalan, chief of emergency at the Ontario Queensway Carleton Hospital, “cannabis ingestion could affect children in profound ways”. He states, “when you consume too much of the cannabis plant's primary ingredient, THC [tetrahydrocannabinol], it can cause paranoia, panic, dizziness and hallucinations—symptoms that even adults struggle with.” The single mom reported that, her daughter, aged two, suffered seizures and swelling in her brain after eating the edible.

Despite the purchasing and selling edible cannabis products still being illegal in Canada, making them at home is permitted under the current legislation. After the incident, Sergeant Dallas Lockhart of Brandon police said, “We wanted to take this opportunity, with a live example, to say that these are products that are not meant for children.” Dr. Margaret Thompson, an emergency physician and medical director of the Manitoba, Ontario and Nunavut Poison Centres states that children “should be taken to hospital as soon as possible after consuming products like edibles.”

In the future, when marijuana edibles containing cannabis and cannabis concentrates in the form of chocolate and candy are legalized, it will be increasingly difficult to protect children from ingesting them. The federal government is preparing to allow more products onto the market and particularly edibles like baked goods, candy, and chocolate. To prevent children from ingesting edibles, the responsibility has to be on the consumer to safely store these edibles and keep them out of the reach of children.