The Syria Situation: Turkey’s War on the Kurds ​ 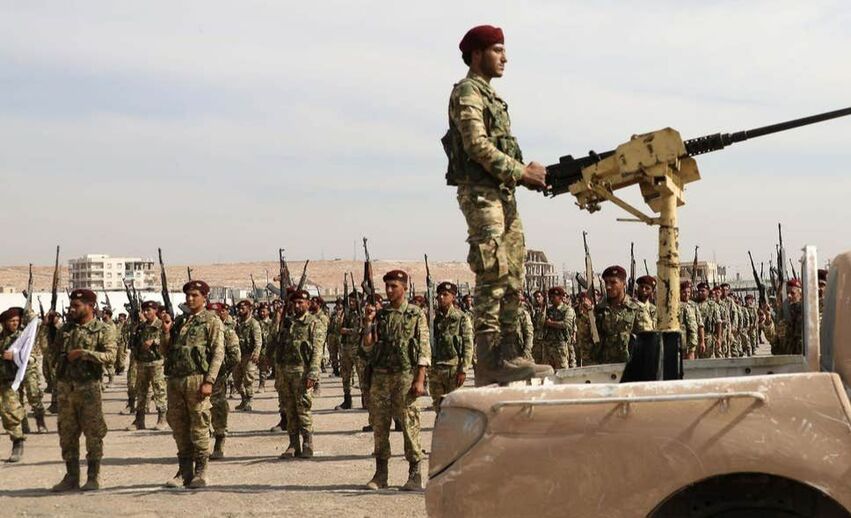 Image source: “Turkey Seeks a Short, Cheap War to Kill Kurdish Self-Rule. Here's How It Will Do It.” The Independent, Independent Digital News and Media, 13 Oct. 2019, www.independent.co.uk/news/world/middle-east/turkey-iran-kurds-invasion-war-cheap-how-erdogan-a9152396.html.
Written by Andrew Liu

Kurdish fighters have played a crucial role in the fight against ISIS, but Turkey’s recent military offensive against them places them in extreme danger. As US allies, the Kurds have fought with American troops to counter ISIS for years, but the US stepped aside and have started to withdraw from the region as Turkey starts to invade northeastern Syria.

Turkey is setting up  a “safe zone” to separate itself from Syria as part of their invasion. They also plan to use it to return over a million Syrian refugees to the area.

Who are the Kurds?

The Kurdish people are a large, mostly Muslim ethnic group. They have their own culture, traditions, and identity, but they’ve stayed stateless since the fall of the Ottoman empire. Currently, they are divided between Turkey, Syria, Iraq, and Iran.

There are around 30 million Kurds living in the region, but only the Iraqi Kurds have some level of autonomy. The Kurds have wanted their own state for centuries, but that desire has been crushed time and time again as wars, political moves, and borders continue to divide their people.

How is the US involved?

After a phone call with Turkish President Recep Tayyip Erdoğan regarding the situation in the region on October 6th, President Trump announced that he would begin withdrawing US troops from Syria and Iraq within a few weeks. A major factor contributing to this decision was the impending Turkish offensive into northeastern Syria.

Why is Turkey attacking?

Turkey’s fight against the Kurds isn’t new. They’ve fought against the attacks of the Kurdistan Workers’ Party—a Kurdish militant group that frequently launches attacks across Turkey—for years, and tens of thousands have been killed in the conflict.

Turkey has long threatened to launch a military offensive into northeastern Syria to clear out and counter the Kurds, but the recent economic crisis Turkey is going through is putting pressure on Erdogan to follow through with it now.

Erdogan has pledged to clear northeastern Syria of Kurdish fighters and to setup a “safe zone” that will house up to a million Syrian refugees. To him, countering Kurdish forces takes precedence even over defeating ISIS.

Many in Congress, public figures, and even Republicans have criticized Trump’s decision to withdraw US troops from the region and view it as a “betrayal” of their Kurdish allies. Trump has defended his decision by saying that he wanted the Kurds to fight their own battles and that he didn’t want US troops to be caught in the conflict.

Around 70,000 Syrian civilians have been displaced since Turkey started to move into northeastern Syria, and 200 SDF fighters have been killed.

The SDF now fights on two fronts: one against ISIS, and another against the Turkish military. Without their US allies to act as a deterrent, the SDF now sits on the brink of destruction.
​